Thank You Letter From the Middle East 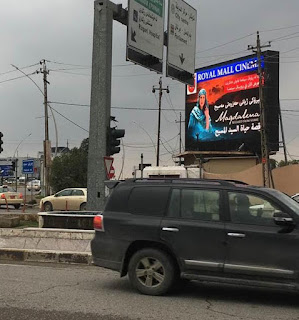 "To all the financial supporters of the JESUS film:Thank you very much for making it possible to show Magdalena in my country during Christmas. We put up several posters, radio and TV ads, and LED billboards.During the time the film was shown, 239 people came to see it (both Arabic and Kurdish), I know this may not be a big number, but this event is not only about numbers but the ability to hold such an event publicly in an Islamic country. We received lots of opinions concerning showing the film. Many objected to showing the film, so we  communicating how this film is important to know what Christian citizens believe, and encouraged them to attend.One very heartwarming story was of a blind woman who came to the cinema. She just wanted to listen. Another was a teen girl saying she only watched the film to mock it, but at the end she sat crying. We pray that the film will have an effect on the people who saw it, whether they where nominal Christians or Muslims, and intriguing to them to search and know more about the love of Jesus." 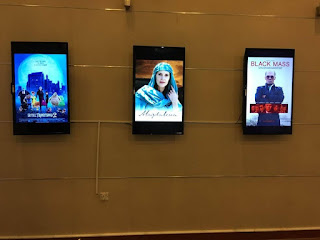 ~ a missionary living in the Middle East
Posted by Tez Brooks at 1:23 PM No comments:

February 2016 - This is What Cheaters Get

Sena was set on revenge. Armed with a cutlass, he intended to kill the man who had committed adultery with his wife. As he wandered around town, waiting for darkness to fall before finding and attacking the man, Sena came upon a group of people watching a film. He drew nearer and realized the film, JESUS, was in his Ghanaian language.

At first Sena watched it just for entertainment, something to do until he began to search in earnest for the man who had wronged him. Then he heard Jesus speak of forgiveness and found himself drawn more deeply into the message of the film.

When it finished, he walked forward to receive Christ. He surrendered his cutlass to the students showing the film, told them the story of what he had planned to do, and assured them he no longer felt any vengeance against the man. Stunned by his story and the transformation of his heart, they immediately sought out a local pastor who committed to disciple Sena in his newfound faith.

Posted by Tez Brooks at 9:00 AM No comments: