Taking the Gospel to the Next Generation

As September begins (in Florida it’s the month our sense of humor about the heat runs out) I want to share about a couple unique short films we recently completed. 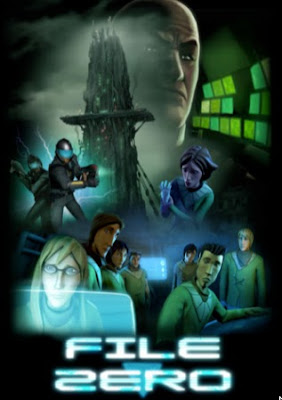 #1  A dystopian future, where several teenagers fight against the evil machinations of a despotic regime, in an effort to recover a computer file that will prove their history is not a random accident— pointing to Jesus Christ, the ultimate source for meaning and… whaaat? This isn’t your grandpa’s Jesus Film.

Several years ago our Film Production department began working on Archivo Cero (that’s “File Zero” for us English types), an animated multi-part adventure for Cru’s ministry in Spain. It’s designed to reach middle school/early high school kids who have little to no religious experience, with a story that introduces them to Jesus and points them to materials (like Bible studies) to help them grow in their understanding.

Since this kind of stuff takes a long time to finish, it was only this year that the voices were synced, and the materials ready to roll out. The English version was just completed and should be up on the Jesus Film Media app soon … several other languages are in the pipeline.

We’re excited by the possibilities. We hear a lot about how science fiction can allude to spiritual truth. Now we have a property that does it directly 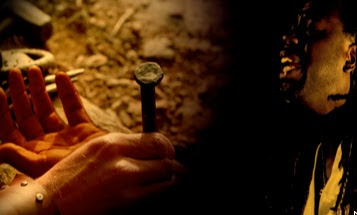 #2  Film Production recently completed “Theophilos,” a music video/Jesus Film mash-up. Instead of music, though, it features Spoken Word, an oral art that focuses on the aesthetics of word play with intonation and voice inflection. It is a “Catch all genre that includes any kind of poetry recited aloud…” (thanks, Wikipedia). Anyway, we got one of the top artists in the nation for this genre, Shawn Welcome, to do this film for us. It’s like a poem about Jesus, spoken to music.

We made it for young urban audiences and I’m excited at the possibilities. African Americans aren’t well-represented in mainstream American culture, and that’s sadly true of ministry as well. We’re trying to turn that around. “Theophilos” will also be on the Jesus Film Media app in the near future, so be looking for it.

Posted by Tez Brooks at 9:21 PM No comments:


Through the crowded streets of India, the teenage girl slogged home from work, step by miserable step. 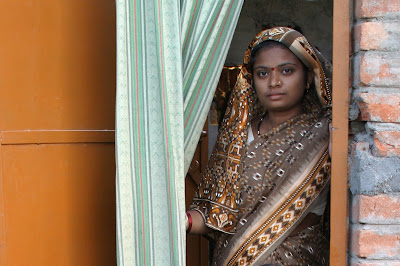 Once she walked in the door, Myra had chores to do while her two younger sisters played. If it was a good day, her mom would only treat her with indifference; if it was a bad day, well….

Myra contemplated a life far from home in Kolkata where she could do as she pleased. It seemed so appealing. But as much as it crossed her mind, she couldn’t bring herself to run away. When her father died, the responsibility of providing for her family fell on her shoulders.

“I was frustrated, discouraged,” she recalled.

One day a pastor brought the JESUS film to Myra’s village. As she watched it, she became enamored by the way Jesus loved people who were hurting.

“This man was there,” she said, “standing with those who are hopeless, those who are frustrated, discouraged, disappointed, and He was helping them—doing miracles. He sacrificed His life.”

She couldn’t sleep that night, still thinking about Jesus. He loved the untouchable, the forgotten and rejected—people like herself.

The next day she met with the pastor, who taught her more about Christ. He explained that Jesus is God and came to earth to give His life for her, just like she saw in the movie. Wholeheartedly, she accepted the God who accepted her.

With Myra now a child of God, the pastor encouraged her to attend a Bible study he led in a neighboring village. There the pastor regularly taught Myra and others like her about the Christian life.

Eventually Myra sensed the time had come for her family to hear the gospel. She cringed. Her family had been the source of so much rejection and pain. But Jesus had made her whole and new, and Myra believed He could do the same for her mother.

Myra prayed for the courage to share her faith in Jesus. She decided to share and leave the result in God’s hands.

Unfortunately, her mother reacted in a rage of physical abuse. Devastated, Myra ran to her pastor for help. He prayed with her and encouraged her to stand firm in her faith, looking to God for comfort.

“The Lord will care for you,” he assured her. “Just wait on the Lord.”

While she waited, Myra began reaching out to others in her West Bengali village and beyond. Living in an area of 72 islands, she frequently took boats to other villages to share the gospel. She found joy in serving the Lord, the sorrow of her past evaporating like a morning mist.

Then something else happened to Myra she didn’t expect.

As she faithfully attended the church, received water baptism and grew in the Lord, Myra met a young man named Aniruddh. He was a lay leader being mentored as a church planter by the same pastor who helped lead Myra to Christ.

Myra and Aniruddh grew close, and despite her mother’s stubborn refusal to accept it, they married.

Undaunted, Aniruddh and Myra committed their new life to the ministry. They wasted no time in taking Jesus to the brokenness surrounding them.

Together they started two churches in their home village and began Bible studies and prayer groups in others. Myra also started a women’s group and a children’s group. They continue to use the tools of JESUS, Bibles and digital listening devices in all of their Christian fellowships.

With Myra’s family, love eventually won. Myra’s mother and her younger sisters have given their lives to Christ.

The story of Myra and Aniruddh union illustrates the spirit of Jesus Film partnerships: working together hand in hand, as one, to take the message of Jesus to the discouraged and rejected.

Without you, stories like this could not happen. Your participation is the seed that bears fruit a hundred times over.