A Risk Worth Taking 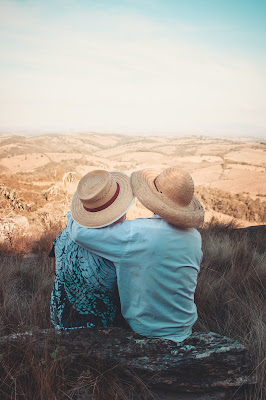 It was more than a decade for Saba and her husband Ikhlas.

First, Ikhlas became a believer. Then Saba followed two years later. But when her relatives found out it, they wanted to kill Saba, her husband, and children.

The family had no choice but to flee to another town, cutting ties with Saba’s relatives. Nine years passed as the couple prayed, then God intervened.

Ikhlas and Saba sensed God telling them to return to their hometown. They bought a house and with great caution, invited family to visit.

One of Saba’s brothers was the first to come talk. Each day, Israr listened to Saba and Ikhlas read the Bible and speak about God. Finally, Israr agreed to study the scriptures.

Eventually, they all watched the JESUS film together and Israr attended their house church. His interest grew with each meeting until around Christmas, he began to struggle with his lifestyle and the religion he had grown up believing.

Despite warnings and threats from his parents, Israr accepted Christ and returned home to fearlessly live out his new faith among his family.

He went through training and with the fire of the Holy Spirit, started his own house church, proclaiming the good news to his family. After showing some of his sisters the JESUS film, one accepted the Lord and another sister said she would study the bible and decide later if she wanted to be a Christian.

Habits are hard to break. Ideas adopted and lived out since childhood don’t dislodge easily. But when people living in spiritual darkness get a glimpse of the light of the gospel, they are drawn to it.

Jesus Film Project resources help them explore any questions they have. Our films bring to life the truth of God’s unconditional love and forgiveness. And when they see and hear the account of Jesus in their mother tongue, they have an authentic encounter with the Lord.

One-by-one, lives are transformed—over 42 million lives in 2017 alone—because of contributions from people like you. Thank you for allowing Christine and me to be part of what you are doing through Jesus Film Project.