I am asking that all of us join together in a week of prayer from September 13-19.  We need to do this to undergird our ministry efforts in three crucial areas:

--We are creating new branding in order to more effectively complete the Great Commission.

--We are placing JESUS Film representatives in every area of the world to take the initiative to activate partners to use our tools to present the Gospel to everyone in the area. We need to find and train these representatives.

--We are waiting on a signature that will enable us to resume showing our films on television to millions of people around the world, and only God can move the person to sign.
Posted by Tez Brooks at 4:54 PM No comments: 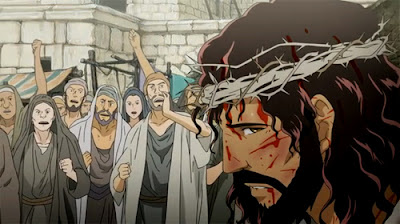 Our short animated film My Last Day (about the thief on the cross) got an award from The Narrow Way Film Festival. It won in the Critics Choice section. Praise God!!
Posted by Tez Brooks at 12:37 PM No comments: 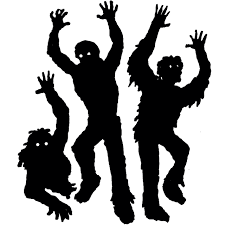 (From a staff worker for Fellowship of Christian Athletes)

“Tez, I got asked by a college buddy to speak at an FCA retreat in Columbus, Ohio. I found out there were going to be over 200 high school students and counselors. After much prayer, I nervously agreed.

My buddy told me many of the students were not yet believers. It seemed best to me, then, to make the gospel clear and compelling over my three talks. I used Eph 2 as my main text, basing the talks around the idea of coming alive in Christ.

I knew I needed a way to win their attention and grip their hearts, especially before telling them that they were, or are, dead. Fortunately, I remembered the zombie short films your team made. I used two or three of the videos as a primer for the talks, then referenced the concept of being spiritually dead through out the talks. The guy in the films (who was in denial about becoming a zombie) was a funny yet clear way to show them how futile it is to attempt living without Christ. We can't! We are already dead. Only Christ can save us now.

I took a huge risk and decided to do an alter call of sorts. I began with a piece of white poster board and wrote my name on the side. Using a red permanent marker, I wrote my sin all over the board. This conveyed my spiritual condition before Christ (Eph 2:1-3.) Then I took another white board and wrote Jesus on the top. After explaining Eph 4 and how, by faith, God made me alive in Christ, I nailed the Jesus board over the Eric board so the audience could see both names but no sin.

I planed, at that point, to invite the audience to place their faith in Christ and, as a symbolic demonstration, to write their names next to mine on the board covered by Jesus. However, I felt that my delivery was a little sloppy, possibly confusing. After I prayed, asking God to open hearts and make us alive in Christ, I signaled for the band to play ambient music and I continued praying by myself. I quickly jammed my head in-between my knees and covered it with my hands because I didn't want to see a crowed of confused, uncomfortable kids. Honestly, I thought, "no one is going to publicly write their name on this silly board- these are high schoolers! They all desperately want to be cool and this is an uncool thing."

But the music kept playing- I began to hear chairs sliding and feet shuffling. When I looked up, I saw a line of thirty plus kids! Then I noticed the audience- many of them were praying or in tears. Finally, around the edges of the room, I saw the leaders praying and crying with many of the kids!

I had another ridiculous thought then, "this is probably what happens at all of these retreats- these are just emotional Christians who've prayed many prayers to receive Christ." After the session ended though, over an hour after later, several of the leaders came up to me and said they had never seen anything like this at an FCA retreat. I couldn't believe it; I was stunned! The Spirit moved and used several talks about zombies to awaken over thirty high school students into true life in Jesus! Thanks to the missionaries at The Jesus Film for writing these films.”