The Bridge to Life: JESUS Film in the USA 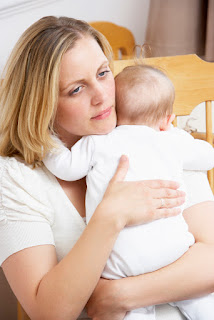 Anna* led her young son toward the bridge, where she believed her final act in life would be an act of mercy. Without hope for a future, there seemed no choice but to end his life, and hers.

Anna’s desperation came from an overwhelming set of circumstances. In the weeks prior, she’d tried to provide for herself and her son in the midwestern U.S.A where they lived. But, her landlord would soon turn her out. She could no longer provide a home, if she couldn’t pay rent.

Eviction! Anna felt utterly alone and made her way toward the bridge.

On a whim, instead, Anna turned toward the entrance of a pregnancy resource center. She shared her story with them. The center’s director ushered her to a quiet area where Anna viewed portions of the Magdalena film.

The young mother emerged a different person. The movie gave her hope that God would carry her through, despite the circumstances.

Magdalena: Through Her Eyes portrays Jesus’s compassion for women and historical accounts of His interactions with them. The film’s companion Bible study is a key part of this pregnancy center’s outreach for providing hope and help to women. What a difference it made for Anna.

The pregnancy resource center was able to help Anna with her rent and she was not evicted. The Lord directed Anna away from the bridge of despair and death toward Christ, the Bridge to the Father.

Prayer Point: Pray for young mothers in the USA to see Jesus as their hope and salvation.
Posted by Tez Brooks at 1:25 PM No comments: