Finding Hope in the Wilderness 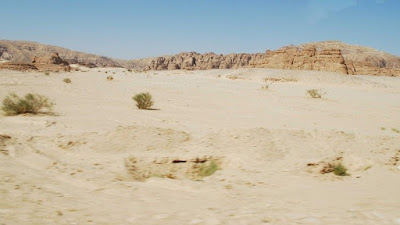 If the Colorado weather is good, I go hiking about three times a week. As an introvert, I need time alone to recharge. I often encounter refreshing periods with God during these adventures. But if I'm not careful, when I'm experiencing some type of pain or rejection, those treks into the mountains can cause me to slip into the shadows of isolation, rather than gravitating toward community.

In 1 Kings 19:1-15, Elijah did this very thing when he ran from Jezebel who wanted to kill him. During his fragile moment, Elijah separated himself. But as he contemplated his predicament, a ministering angel came to him with food and water to strengthen him for the journey back. The angel nudged Elijah and told him to "Get up and eat, for the journey is too much."

How often I've said to God, "This journey is too much."

Thankfully, the Lord sends me community, spiritual brothers and sisters who touch my heart and speak into my life. Their encouragement restores the health of my soul and it's a great gift to me in times of trouble.

So now with renewed vigor, Elijah heads out to Horeb, the mountain of God. While holed up in a cave for the night, God speaks to him rather frankly, saying, "What are you doing here, Elijah?"

Elijah attempts to explain how his zeal and passion for God got him in trouble. But God isn't deterred. He eventually lays it all out for Elijah, telling him it's time to stop this AWOL junk and step back into real life. Elijah obeys and continues in a fruitful ministry. Meanwhile, Jezebel ends up dying a horrible death, never to torment Elijah again.

More than once, I have seen God make my own enemies suddenly disappear. I've looked around and they are just gone, by one means or another. God's loving care for us is sometimes like a momma bear. We should pray for the one who tries to stand between us and the Father.

Do you find yourself isolated and forfeiting nourishment from your friends and family? Have you holed yourself up in the cave of despair or bitterness? God says, "What are you doing here?"

Whether it's a lost job, ignored talent, a broken relationship, a failed ministry, or something else, it's time to get up and eat. God invites us to leave the darkness of our cave, reestablish godly community and take a bold step into His presence. Breakthrough is realized when we respond to the voice of God and resume the call that is set before us.

Read more about Elijah and other individuals in the Bible, who experienced times of failure and times of deliverance.

Posted by Brooks Family at 11:23 PM No comments: 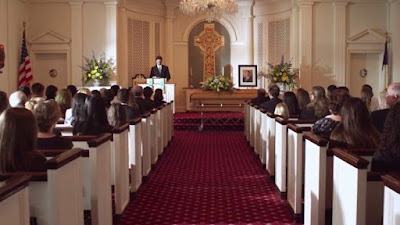 A dead father. A funeral service. A grieving family.

A sequel to the parable of the Prodigal Son. Set in modern times.

Although produced several years ago, the short film "Brothers" is still being used frequently to promote spiritual discussions. The film begins a few years after the original story from Luke 15. The father is now dead and the fallout between the two brothers is still happening.

The plot deals with several topics, including regrets, forgiveness, jealousy, and perseverance. We've all experienced these issues and any one of them would easily spark a conversation with viewers.

Actors Anthony Cosmano and Chris Burns do a great job as brothers in need of reconciliation. The acting is believable, both among the two main characters and the extras at the wake. I love that the mom is included in this sequel too, bringing depth to the storyline. I also appreciate how the backstory is told without making you feel like you're listening to backstory. It's not forced or contrived, it's just a conversation that happens naturally between the two family members in the lobby.

Directed by staff member, Paul Hardway, the film (shot in First Presbyterian Church of Orlando) is almost 9 minutes long. Our ministry has used this film both in the U.S. and overseas with much success. Below are some of the questions you could ask after to prompt deeper talks.


You can be part of the movement that brings the greatest story of all time to everyone. When you're done viewing the short film, scroll down and join the Jesus Film Project's® email newsletter to see how the story of Jesus changes everything.

Posted by Brooks Family at 10:11 PM No comments:

Paid to Betray Their Country

Nadia and Neesha* are two women in Central Asia who are passionate about sharing their faith. In the face of great danger, they would secretly hand out Bibles and tell others about Jesus, even though their country was hostile toward Christianity. 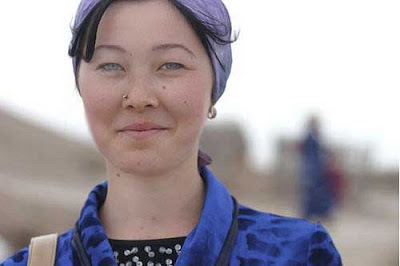 One day they spoke to a man who was an undercover policeman. He arrested them and discovered eight Bibles in their purses. Sitting in a basement jail and fearing for their lives, they began to pray.

Then Nadia said, “I read that when Paul was in prison, he sang. So let’s sing!”

One of the prisoners down the hall yelled, “You’re crazy! They are going to rape you both and then kill you. How can you sing?”

But the women kept singing praises to God. Suddenly, the undercover officer came down the stairs. He unchained them and took them to a private room for interrogation.

“You risked everything to give these Bibles away. You have betrayed your country and your family. No one would risk all this unless being paid a lot of money. Who is paying you to do this?”

Nadia replied, “You are right, someone did pay for us to do this. I will tell you everything.”

“His name is Jesus, and He gave His life to save mine.” Nadia continued sharing all she knew about Christ and how He came to save the world.

Finally, the policeman interrupted, “Stop! If you keep talking, I’ll end up believing this story too.”

With that, he returned the eight Bibles to Nadia and Neesha and, incredibly, released them to go. Astonished and suddenly standing free outside the prison, the two women quickly separated, each going a different way in case they were being followed.

As soon as Neesha turned the corner and was out of view from the prison, she ran face to face into the undercover officer. She stopped and gasped. He had been waiting for her at the prison’s back entrance.

“Give me one of those Bibles!” he whispered.

“May I please have one of your Bibles? I must know more about this Jesus.”

Neesha smiled, dug down into her purse, and handed him a copy, along with a card giving instructions on how to download the Jesus Film® app.

“Thank you,” he said and then he disappeared inside.

Nadia and Neesha need your prayers as they continue to risk everything to spread the gospel.

*For security reasons, Nadia and Neesha are composites of two unrelated incidents.

Posted by Brooks Family at 12:30 AM No comments: