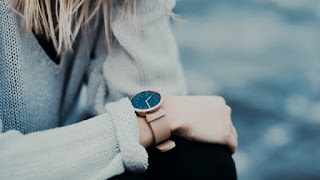 As Christians, we often never find out what happens to the people with whom we share our faith. If they are not an ongoing part of our life, we may never see them again. This is especially true when we distribute material but don’t get a chance to have a conversation.

This last summer, I went on a Jesus Film Mission Trip® and had the opportunity to help distribute free Bibles and DVDs to busy shoppers in London. I was discouraged in not being able to have spiritual conversations with many of those who took the gifts I was handing out. Until I heard this story …


Every day Sada*, a Middle Easterner residing in London, would walk by the Jesus Film® workers and take one of the films and a New Testament. Then, as soon as she was out of sight, she would toss it in the garbage. It was her small way of helping her people avoid the distraction of Christianity.

All summer the Jesus Film workers were there in London. Every day Sada took a copy. Near the end of summer, she forgot to discard it and found it in her bags when she got home. She tossed it up in her closet and forgot about it.

Soon after Sada graduated from med school, she discovered the Bible and the DVD in her closet and became curious. She opened the package and watched the film. Then she began reading the Scriptures. To make a long story shorter, she eventually received Christ into her heart.

Sada is now a doctor and an influential leader in her community in the UK. She shares her faith regularly.

God’s timing is perfect. Had Sada received Christ nine years earlier, before college, she says her parents would have cut her off financially, disowned her and a degree would have been impossible. Her chance of being a doctor influencing other community leaders would never have materialized.

We may share the gospel dozens of times with a friend. We may give away hundreds of Bibles or other materials. We may pray for years for the salvation of a loved one and never see evidence of a change.

But be encouraged; God is at work and He knows the perfect time to draw people to Himself. If you’d like to know more about Jesus Film Mission Trips go to www.jesusfilmmissiontrips.org.

*name changed
Posted by Brooks Family at 3:39 PM No comments: