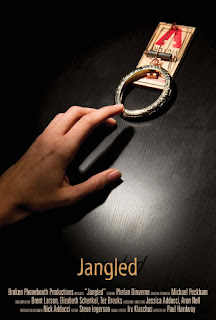 A
We recently heard some encouraging news about Jangled, the short film I (Tez) wrote and starred in.

Besides having 140,000 views in the Middle East, 958 shared the film on their FB pages. Usually when someone shares a video on FB it's because it means something personal to them.

Hide! It's a human sacrifice. 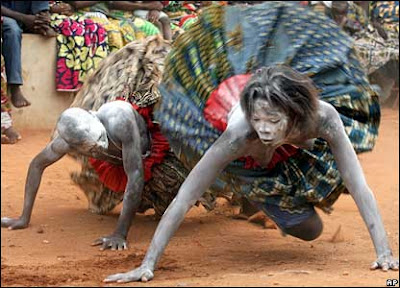 For just a moment, imagine...
Picture yourself walking through the jungle, on a difficult trek. As though in a movie, you hear distant, eerie drums.
Closer now—you hear dancing and strange cries. You see smoke rising through the trees and thick bush. Your guide motions you to stop.
"Don't let them see us...it's a human sacrifice!"
Is this even possible in this day and age? Unfortunately, yes. but read this account of how God transformed a man actually involved with this practice, and today uses him for His glory
Human sacrifice remains a reality in some animist communities in Nigeria, the most populated nation in Africa. In fact, Jigar’s role was to beat the drums during many sacrifice ceremonies. His village was so dark spiritually that when children became old enough, they would flee, fearing they might be the next human sacrifice.

Not long ago a courageous film team came and showed these people “JESUS.” Jigar watched and his heart was flooded with light—a light he didn’t even know existed. He saw God’s sacrifice for the sins of the world, including his own. His soul was stirred to the core. He believed and gave his life to the Lord.

Today Jigar is a joyful and committed film team member* bringing hope and life through “JESUS.” When asked about the dangers he faces, having abandoned that dark world, Jigar replies: “If I die, I am dying in the Lord…. Though I have lost everything in the world, yet I have gained all in the heavenly realm.”

Church-planting film teams are made up of men and women committed to Christ, like Jigar, many of whom came to Christ when someone showed them “JESUS.” Now they show their own people “JESUS,” shining spiritual light in their darkness and planting churches.

*Although his name has been changed for security, Jigar is a member of the Great Commission Movement of Nigeria.

Posted by Tez Brooks at 2:03 PM No comments:

From Criminal to Evangelist


Sattar† served three prison terms for serious offenses. After his release from prison, he continued to live a life of crime. By God’s grace, Sattar came to Christ in the summer of 2014. Since that time, he has taken very seriously Jesus’ Great Commission command, and he asked to have his house opened as a home church for his friends from the criminal world. He began by inviting them to a showing of the JESUS film every Wednesday. Soon he decided showing the film once a week was not enough, so he added every Saturday as another day to bring people to his home to hear the gospel through the film. Many have chosen to follow Christ as a result.

†Name changed for security
Posted by Tez Brooks at 2:00 PM No comments:

Jesus in a Nursing Home


For the past five to six years, Bill Goodrich has used the 90-minute edition of JESUS during the Easter season to reach out to nursing home residents in Cleveland, Ohio. Bill remarked: “You would think that many of the folks might sleep through this … movie, but not so! Almost all of the people watched the entire movie with much interest. … Other gospel films are just too long to show in a nursing home context. This one is perfect.” In April 2015 Bill showed JESUS in two nursing homes. He and his team witnessed first-time decisions and renewed commitments from more than 60 people in both homes. One resident commented: “It is a beautiful movie, a beautiful presentation. I’ve read the Bible a lot and now I got to see it, and it was wonderful.”
Posted by Tez Brooks at 1:58 PM No comments:

Several years ago I went to Benin, Africa to help premier the Fongbe language in that region. Many of you remember this and prayed for me during the trip. Steeped in voodoo and animism, the area was in desperate need of a Savior. Despite the opposition we saw many come to Christ as a result of seeing JESUS in their heart language. Here's a recent story to update you on what God continues to do in Benin. Thanks for being a part of that.

Following a long’s day work on their farms and in their homes, more than 80 residents of a Benin village gathered to watch the JESUS film in their heart language of Fongbe. Many were affected by the miracles of Jesus and stunned by His crucifixion. A film team member shared: “Thirty people gave their lives to Christ! They were invited to come to church and be discipled. God has done great things through the JESUS film in Benin!”
Posted by Tez Brooks at 10:37 AM No comments: