Loving By Faith But Cursing Mad 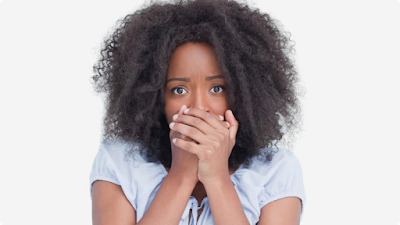 "I don’t really care about you and your family so stop trying to be friendly. I only care about myself. I don’t need you guys in my life."

My jaw dropped as this relative of mine spewed out his hateful comments toward me and my family. He was lashing out at me for making small talk and asking how he was doing. My question was benign enough, but no doubt something about it set off his tirade of misplaced anger.

As someone who doesn't follow Christ, his reaction should not have been surprising to me. I apologized and tried to respond with kindness and humility. This only enraged him more. He called me some awful things, letting me know he didn't care to speak to me again.

My thoughtfulness didn't help anything. In fact, rather than deflating his anger, I exacerbated the issue. While I've had to protect myself against another attack by setting boundaries, I still want to be an example of forgiveness and love him by faith, in order to be a light in his dark world.

Honestly, part of me wanted to slap him across the face. But he was obviously struggling with something deeper than just people being kind to him. Maybe he thought I lacked authenticity? Certainly a firm slap would not have helped him see Christ in me.

Hate and intolerance toward Christ followers is not only an American problem. Check out this story that recently came across my desk at Jesus Film Project.


In a northern African village, a woman we'll call Asma became suspicious; she knew something was happening in a particular house where many women met regularly, and she was very angry.

She suspected the meetings were attended by women who had renounced her country's religion and become Christians. But she wasn't sure. She wanted to find out, but was so angry she dared not speak with them.

Whenever Asma saw one of the women on the road, she would curse and swear, calling them prostitutes and betrayers of her family's religion. However, they always greeted her pleasantly, ignoring the insults.

Later, Asma's husband was unfaithful to her, and everyone in the village heard about it. This brought shame upon her. One day on the road, she passed one of the women, but instead of cursing, she hung her head in shame, hoping to pass unnoticed.

One of the women walked up to her and said, "We care about you and want to talk to you if you like." Asma burst into tears and they embraced.

The women took her to their home and comforted her, demonstrating love and acceptance in spite of her past mistreatment of them. After watching our film "Magdalena," a powerful adaptation of the "JESUS" film for women, Asma realized Christ was who she needed. She became a Christian and experienced release from her shame and anger.


What a powerful reminder for me. I need to be full of the Holy Spirit at all times, even when accused wrongly or mistreated. When my flesh wants to defend or hold resentment, I pray the Heavenly Father helps me respond in love—like Christ, when hanging on the cross for so many of us who didn’t want his gift.

If you would like to know more about how to love by faith, check out this resource at Cru.org.
Posted by Brooks Family at 9:00 AM No comments: