Three vans filled with police pulled up outside. This was not going to turn out well, especially in such a dangerous nation.


In this Middle Eastern city a partner of the Jesus Film Project is working to reach a city of 10 million people with the gospel—in the midst of great hostility to Christ.


It was a typical day at the center. Workers and volunteers were preparing a batch of JESUS DVDs. That’s when the three police vans pulled up. The doors opened, and armed officers poured out, heading right into the center, led by a highly placed director of this country’s Secret Police. It was a frightening moment.


Marching into the center, the officers began interrogating each of the workers: “What is this 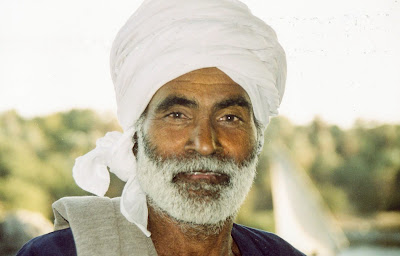 DVD about the life of Jesus?” “Why are you placing it in the hands of Muslim people?” “Where do you take the DVDs?” “What are these books you call Bibles?” “Who gave you permission to do all this?”


The workers answered honestly and respectfully—knowing that their next stop might be prison, or worse. Finally, the commanding officer said: “…send two copies of the DVD to my director, the head of the Secret Police.”


They complied and two of the workers were dispatched immediately, taking the DVDs directly to his office…at obviously great risk to themselves. (Amazingly, the vast majority of the center’s volunteers and workers are from Muslim backgrounds. Nearly all came to Christ when they were given a DVD of “JESUS,” watched and believed.)


It wasn’t long before they heard from the Secret Police again. The director wanted the staff of the Good News Center to know that he watched the DVD and was very happy. He saw nothing in the DVD or in their work that was a threat, and he was actually pleased to learn about Jesus!


Then he stunned them further...


The Secret Police are aware of many radicals who would love to disrupt the Christian work, harm or even kill the volunteers and workers, so the director gave an order.


The police were to visit the Good News Center three times each week, making their presence known. The police were to go not to restrain their work, but to make sure they were safe, that their giving out of the DVDs of “JESUS” would not be hindered in any way.


Days later, the Director of the Secret Police actually came to the center himself, telling them, “We appreciate what you Christians are doing in our country. You are doing good for our people.”


Thus far, this partner has given out 700,000 DVDs from the center. For your part in supporting our work, thank you. Stories like this cannot happen without you.
Posted by Tez Brooks at 9:00 AM