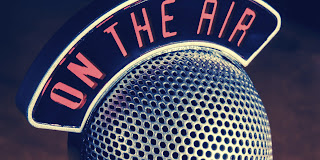 In Luke’s fifth chapter, Simon Peter was skeptical when Jesus told him to cast his nets into the sea, but God delivered an awe-inspiring miracle.

Similarly, understanding the potential for radio and television strategies can be challenging, but God is moving in awe-inspiring ways. Broadcast is a reach strategy—like casting nets. And like Peter, Jesus Film Project® has been casting the nets wide.

One partner that makes this possible is Trans World Radio (TWR). “Even with a program broadcast every day, it takes time to engage an audience to the point that they will interact with you,” TWR representative, Brandon Neal shared. “However, with the JESUS film audio drama, we found that a one-time broadcast engaged thousands around the world.”

One person said, “I’m a blind person. Your programs are irreplaceable to me. The audio JESUS is the most precious gift.” Another said, “I listened to the broadcast with my relatives and it gave me the opportunity to share [my faith]. Thank you.”

The significant reach doesn’t stop at radio. As of November 2019, over 70,116,000 people watched the JESUS film on television in 47 countries.

PRAYER POINT: Ask the Lord for more open doors to broadcast JESUS in other countries so all can hear the gospel.