Western Europe
“Are you converting and baptizing people?” Azad posed this question to the ministry team. Such a question asked in the Middle East could be dangerous. However, no such restrictions exist in Europe. Now in Europe Azad stood in front of Amir, an Arab speaker and Jesus Film partner. 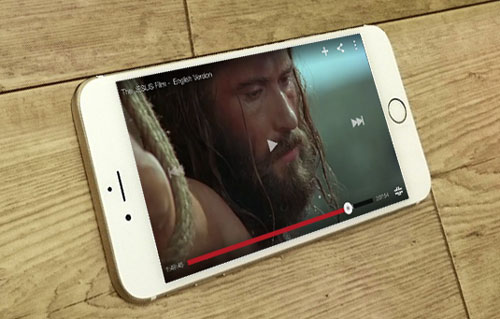 “We are sharing the good news of Jesus,” Amir answered.


Their conversation revealed that Azad had a hereditary ear problem. He was on his way to the hospital for a pre-surgery consultation. Recognizing the opportunity, Amir shared the story of Peter cutting off the ear of the Roman soldier and of Jesus healing it. Then, he asked if he and his team could pray for Azad.


As they prayed, the Lord began healing Azad’s ear. He returned to the hospital a few days later, and after a series of tests, the doctors proclaimed that surgery was no longer needed.


Azad had been completely healed, and he knew Who healed him. Seeking out Amir and the team, he declared he was ready to give his life to Jesus. But he still had questions—he wanted to learn more. So he eagerly accepted an Arabic New Testament and a JESUS DVD. May the Lord continue to draw Azad to himself.